About the Acessa Procedure

Acessa Procedure vs Other Treatment Options

How does the Acessa Procedure work?

Results and Recovery after the Acessa Procedure

About the Acessa Procedure

Acessa is a procedure for pre-menopausal women (typically younger than 55 years old) who are tired of living with ongoing pain caused by fibroids. This procedure is a minimally invasive option that allows women to keep their uterus and return to daily life quickly.

WHAT ARE THE SYMPTOMS FOR FIBROIDS?

Women experience a variety of symptoms from fibroids that can become extremely debilitating and affect their everyday lives. Symptoms include heavy and painful periods, periods lasting longer than 7+ days, stomach, lower-back, and pelvis pain, and stomach protrusion which causes women to look pregnant when they aren't. More symptoms include anemia, infertility, painful sex, urinary frequency, and G.I. issues like gas and constipation. Between 15 - 30% of women experience severe pain and discomfort daily from their fibroids.

WHAT TYPES OF FIBROIDS CAN ACESSA TREAT?

Size and location of fibroids are important factors in what procedure is right for you. That's why physicians do an MRI or ultrasound prior to determining if you are a candidate for the procedure. The Acessa procedure has been studied on fibroids up to 10cm.

Acessa Procedure vs Other Fibroid Procedures 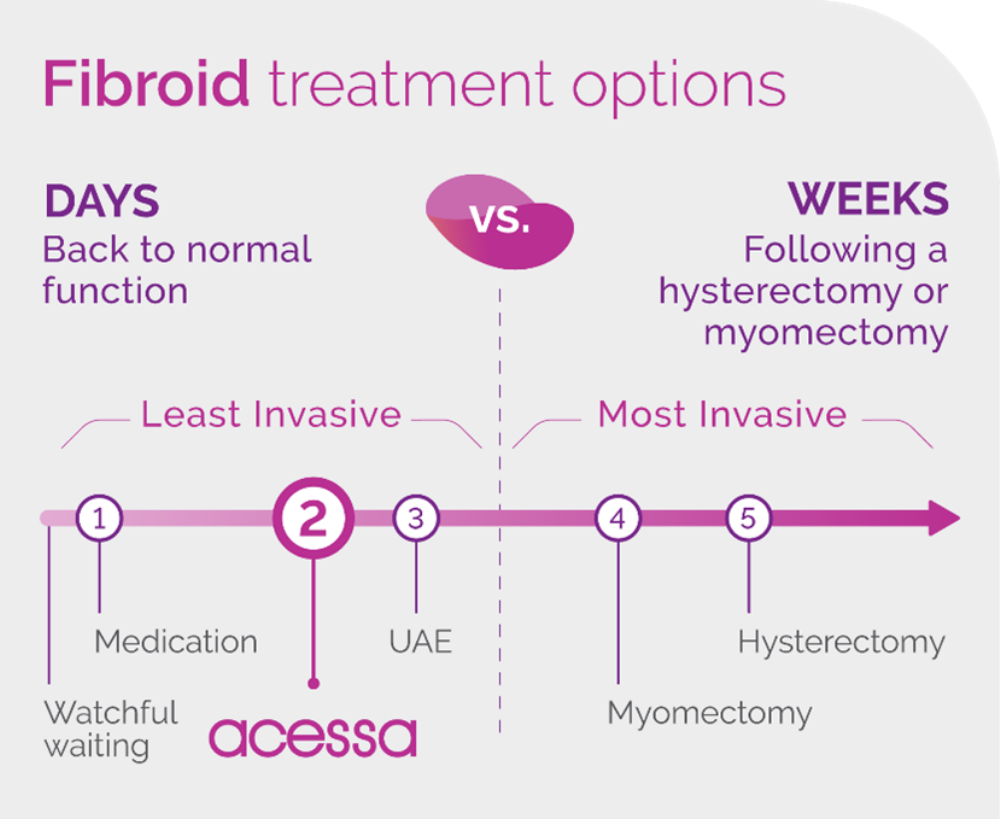 Compared to other treatment options, the Acessa procedure is the least invasive procedure that will have you back to your daily life quickly and safely.

How Does the Acessa Procedure Work?

The clinical terminology for the procedure is Laparoscopic Radiofrequency Ablation (Lap RFA) for fibroids. The Acessa procedure typically takes between 90 and 120 minutes depending on the size, location, and number of fibroids. During this procedure, there are three incisions that are made by our highly trained surgeons. One in the belly button, which typically does not leave a scar, one above the bikini line, and one small incision that does not leave a scar by the bikini line. 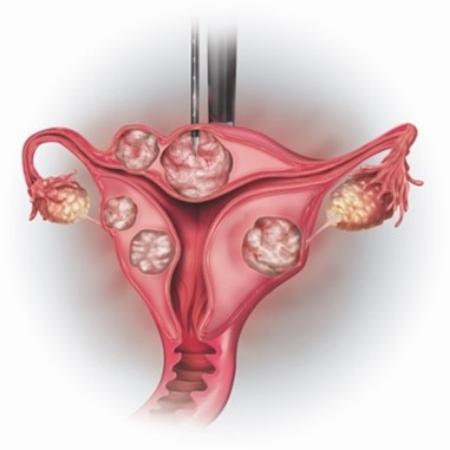 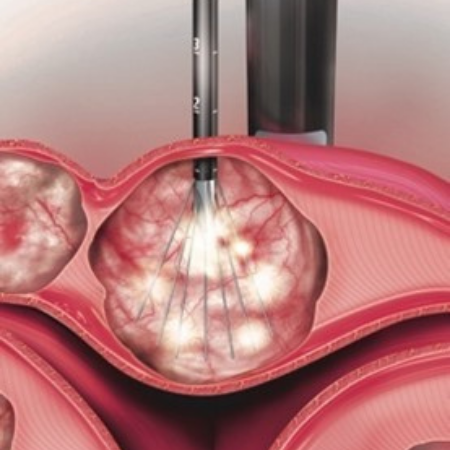 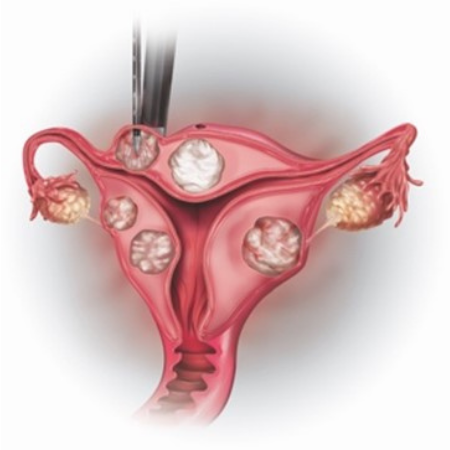 IF THE FIBROIDS ARE NOT PHYSICALLY REMOVED, HOW DOES ACESSA WORK?

As a reminder, Acessa is a treatment for benign (non-cancerous) symptomatic fibroids. If patients are at risk for cancer, or malignancy, Acessa is not the appropriate treatment. Studies show that fibroids do not have to be completely removed to solve symptoms. Killing the fibroid cells so they shrink and stop putting pressure on the uterus can solve symptoms. Physicians have explained that even a fractional reduction in fibroid volume can result in significant improvement in heavy periods, pelvic pain and bulk. To summarize, Acessa works by heating the fibroid cells from the inside out, not by removing the fibroid. Cell tissues die when they reach a certain temperature. Acessa heats the fibroid tissue to the point that it dies. The dead fibroid tissue shrinks and shrivels but is not harmful. It gets absorbed by the body, just like any dead tissue cell.

Results & Recovery after the Acessa Procedure

• In clinical studies, there was an average shrinkage of 45% in fibroid size post-procedure. This number is contingent on where the fibroid is located and the size.

• Women typically see the most symptom improvement within 3 months of the procedure with continued improvement throughout the first year.

• Studies have shown both clinically and statistically significant reduction in period blood loss.

How Advanced Gynecology Can Help: Is the Acessa Procedure the Right Choice for you?

Our board-certified team of women’s health experts are ready to help you with diagnostic care and a range of treatment options.

We will counsel you about the best options for you and your health.

For more information, schedule an appointment today or call 678-263-0280 to speak with one of our patient coordinators.