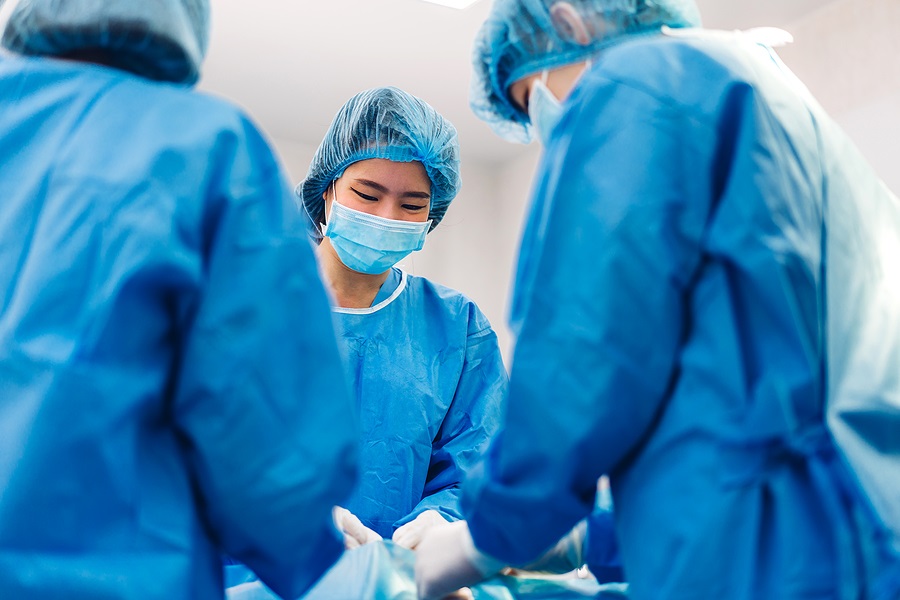 Women with extremely heavy periods (who soak through a pad every two hours) have been turning to endometrial ablation to combat their most intense symptoms. During your period, your body sheds endometrium, or the lining of the uterus, and this procedure destroys (or ablates) that endometrium. While this surgery is not for everyone, such as people who have been recently pregnant or hope to get pregnant, the women who get this procedure experience relief from their severe period symptoms.

If you have usually heavy periods across many days and are looking into this as a possible solution, you may be asking yourself, “What can I expect after an endometrial ablation?” This FAQ can help point out the different symptoms and experiences of women who have this common procedure.

Is bleeding after endometrial ablation normal?

Yes, vaginal bleeding for a few days is a normal part of endometrial ablation recovery. You will likely want to wear pads; do not use tampons, douche or have sex in the first few days to the first week. Persistent bleeding, though, may be a concern and may require a pelvic exam as well as a conversation with your doctor about next steps, which may lead to a future hysterectomy.

Will periods go away forever after the surgery?

Most women (9 out of 10) will either have no periods or lighter periods after endometrial ablation. It is possible that your period will come back heavier after a few years.

Is it normal to experience discharge after ablation?

It’s normal to experience a thin, watery discharge after ablation. The discharge may also be bloody or mixed with blood. It will likely be heavy for the first few days after your surgery. Any endometrial ablation discharge should stop after, at the latest, a few months. If your discharge changes in color or smell, call your doctor right away.

Can you have kids after endometrial ablation?

Pregnancy after an endometrial ablation is unlikely, but possible, which is potentially dangerous. If pregnancy does happen after ablation, serious and sometimes deadly complications can occur. This type of surgery is not an alternative to a hysterectomy or sterilization surgery, so talk to your doctor if that is one of your needs. Women should still use forms of birth control after uterine ablation, as pregnancy remains possible until after menopause.

Is back pain after endometrial ablation normal?

Largely, back pain is not normal, though some abdominal cramping immediately following the surgery is to be expected. In rare cases, some women develop cyclic pelvic pain (CPP) after the procedure, which can last for months or even years. This may be a potential indication of late-onset endometrial ablation failure. If you experience back pain after the surgery, call your doctor.

Which symptoms are a cause for concern?

These are warning signs of infections or complications after your endometrial ablation:

If you are experiencing any other unusual symptoms, please contact your doctor.

What are some other long-term side effects of having an endometrial ablation?

Immediately after surgery, women should expect cramps, some vaginal discharge and frequent urination. In the follow-up after endometrial ablation, excessive bleeding, holes in the uterus, impacts on other organs and discharge should be watched carefully. Long-term risk factors often depend on the type of surgery you’re having (whether it’s electrosurgery, microwaves, a heated balloon or other method removing the lining), but some of the less common risk factors include hematometra, which is the retention of blood in the uterine cavity caused by obstructed menstrual flow, post-ablation tubal sterilization syndrome and delays in finding and diagnosing endometrial cancer. Talk to your doctor about the details of your specific procedure for endometrial ablation. Sexually active individuals should keep in mind that pregnancy is possible but unsafe after an ablation.

If you want to know if you’re right for this surgery or more about the potential long-term symptoms, call us at (678) 253-2179 or schedule with us online.