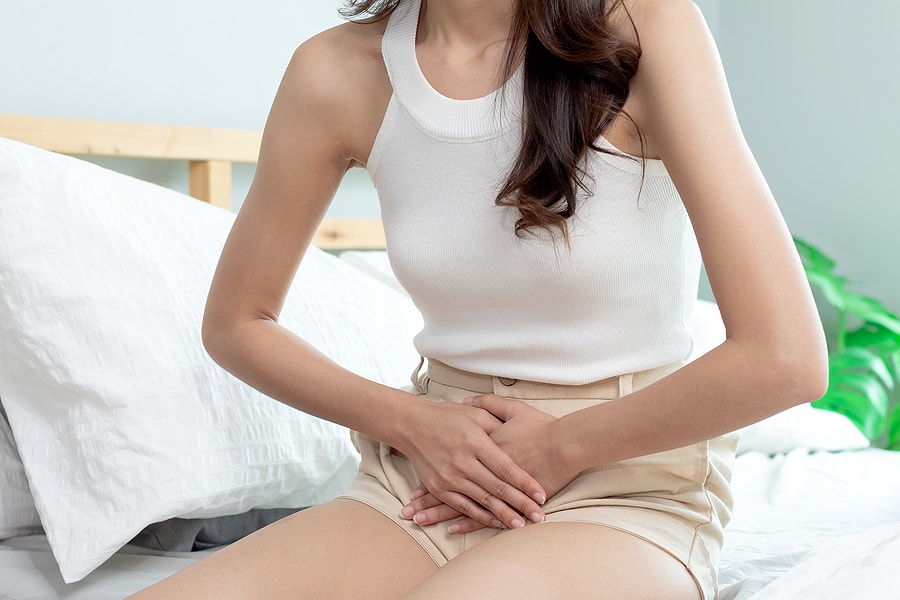 Many of us have experienced it: a burning sensation while peeing along with pelvic pain. You may have a urinary tract infection, commonly referred to as a UTI.

A Brief Intro to UTIs

A UTI is an infection in the bladder or other areas of the urinary tract, like the urethra or kidneys, according to the National Institute of Diabetes and Digestive and Kidney Diseases. The infection is caused by bacteria.

Bacteria can enter the body, but the body usually has its own natural prevention. Urine flows through and flushes out bacteria, but sometimes the bacteria hasn’t been fully flushed.

While UTIs can be uncomfortable and painful, they are easily treated with antibiotics. It is important to see your doctor if you have any of the following UTI symptoms.

If the infection has worsened and travels to the kidneys, symptoms can include the following:

If you experience any of these symptoms, contact a specialist immediately.

Many myths and truths have cropped up around this illness, probably because UTIs are very common: 50 to 60 percent of women will develop one in their lifetime.

So, what causes UTIs to get worse?

Can sex make a UTI worse?

If you already have a UTI, having sex can make the infection feel worse, exacerbating the symptoms. Using spermicides can increase discomfort because it can cause irritation. Using non-lubricated latex condoms can also increase friction leading to irritation. Using a water-based lubricant or lubricated condoms will help avoid making your UTI feel more irritated. After and before sex, be sure to urinate immediately to flush out the bacteria.

Do baths make a UTI worse?

If a woman already has a UTI, taking a bath or sitting in a hot tub can increase irritation. Harsh soaps for baths and abrasive chemicals used to keep hot tubs clean can also lead to irritation. Taking baths or sitting in hot tubs won’t cause UTIs, but it can irritate the skin in the groin and disrupt the pH balance. This makes it easier for the infection to occur. Fans of hot tubs should avoid staying in wet bathing suits for extended periods of time, and fans of baths should be sure to pick out a pH-balanced soap.

Will my period make my UTI worse?

Does the cranberry juice cure work?

Most people have heard that cranberry juice will cure a UTI. Unfortunately, that is not accurate, but it can help alleviate some of the symptoms. Also, unsweetened cranberry juice may have a chance of helping to prevent UTIs, specifically from E. coli.

Does water make a UTI better?

There is some evidence to suggest that it helps: Research published in the journal BMJ indicated drinking at least 50 oz of water helped to reduce the occurrence of UTIs by up to 50 percent.

Does alcohol make a UTI worse?

Alcohol can make a UTI feel worse. Alcohol increases the acidity of urine; this can cause the symptoms to worsen. This is true for other drinks as well, including coffee, soda and anything with caffeine.

Why are UTI symptoms worse at night?

Many women experience worsened symptoms at night or early morning because urine output is at its lowest. Reduced urination allows the urine to increase the risk of discomfort and pain in the bladder.

What to Expect During Your Recovery

As you’re recuperating, the Centers for Disease Control and Prevention recommends drinking six to eight glasses of water daily, urinating before and after sex, avoiding “holding it,” and not using douches or powders in the genital area.

How long does a UTI last?

UTIs can last up to 14 days, especially if you wait to see a doctor and the bacteria moves to the kidneys.

Can a UTI go away on its own?

A UTI will not go away on its own. If you’ve begun experiencing symptoms, the problem is past the point where the body can handle it on its own and you will need medical care.

Does a UTI get worse before it gets better?

Sometimes, it will feel like it is getting worse. It can take several days for the antibiotics to take effect and help relieve symptoms.

While you shouldn’t treat a UTI yourself, you can help prevent it or reduce the symptoms. As you take the medications your doctor recommends, drink a lot of water and use the bathroom frequently. Connect with your doctor with worsening symptoms and any questions.